Attention Deficit Hyperactivity Disorder is a complex neurocognitive disorder. The characteristics of ADHD in adults, specifically, are varied, multi-faceted, and exclusive to each person challenged by this condition. Not every person has every characteristic or symptom that will be detailed in this post. The way in which ADHD manifests is as unique as a fingerprint. Although a brain-based disorder, and a medical condition, the impairments are not correlative of a person’s intelligence or IQ.

ADHD is characterized by certain patterns that interfere with development and self-regulation. It can impact every aspect of a person’s life from school, work, relationships, the ability to get along with others socially, and emotional regulation. It is considered one of the most impairing outpatient disorders, surpassing anxiety and depression.

The good news is that ADHD is a highly treatable disorder. Medication, education, and behavioral modification along with effective coping strategies are all effective tools. Cognitive behavioral therapy (CBT) that addresses the cognitive distortion inherent in ADHD is an important management tool as well.

Russell Barkley Ph.D, and an internationally recognized authority on ADHD, terms the condition a “performance disorder,” and “the diabetes of psychology.” ADHD encompasses a whole range of destabilizing behaviors. It is, in fact, a very “disorderly” disorder, and one of diminished executive function capabilities.

Characteristics Of ADHD In Adults

A chemical disorder of low dopamine, ADHD could more aptly be called, “Search For Stimulation Syndrome.” Stimulation provides the increase in dopamine, a neurotransmitter in the brain, that people with ADHD are lacking – which leads to the symptoms of inattention, inhibition, and impulsivity. The “H” for hyperactivity does not typically apply to adults.

Symptoms of ADHD, on average, start to manifest between three to six years of age, but this is just an average, and many children do not become symptomatic until later in childhood, but, typically, before the age of 13. Some adults with ADHD may not show signs of this disorder during childhood, which could be due, in part, to compensatory parenting techniques or effective coping mechanisms that make up for their deficits.

A more appropriate name for ADHD would be Executive Function Disorder (EFD) as it more aptly describes the condition. The executive functions are mental skills that allow one to accomplish tasks in a timely and efficient manner.

The frontal lobe in the brain houses the executive functions so essential for executing these daily tasks. Those with ADHD have chronic difficulties involving follow through, time management, sustained attention, working memory, organization, and difficulty managing emotions.

Also, self-awareness and self-observation are not highly developed in those with ADHD. This is more a problem with the brain’s management system than a behavioral problem. Behavior is less controlled in the face of executive functioning deficits.

These deficits also lead to black and white thinking, cognitive distortion, faulty perception, not thinking things through before acting, and the inability to “get” cause and effect.

It also impedes learning from past behavior. ADHD can be likened to having broken filters on perception. There are a myriad of ways these deficits can lead to inappropriate, destructive and destabilizing behaviors.

ADHD is a physical condition in the brain, and a developmental disorder, that results in imbalanced behavior and a problem with self-regulation. There can be tragic consequences of untreated or poorly managed ADHD.

The inability to deal with difficult decisions maturely and realistically is one unfortunate consequence that impacts every aspect of adult life. Many destructive behaviors can be minimized with proper treatment.

As Russell Barkley says: “The problem isn’t that people with ADHD don’t know what to do. The problem is that they can’t do what they know.” The disorder diminishes a person’s capacity to meet responsibilities for self and others. It is a legitimate impairing condition, and symptoms exist along a continuum ranging from mild to severe.

Left untreated, it can even be associated with narcissism, and a denial that ADHD is not the source of their problems. This denial has a biological basis in the brain. A rickety structure can lead to risky behaviors, and poor behavioral inhibition – i.e. poor impulse control.

Gina Pera states: “ADHD is a neuro-developmental disorder of impaired self-regulation and, more specifically, organizing behavior across time toward desired goals.” If the hard work of deconstructing ADHD is to be accomplished, certain hurdles must be overcome. Breaking through denial is the first step.

Then one must  be mindful of the impact their ADHD symptoms are having on their life and relationships  We all must learn to accept the consequences of our behavior, but this is especially true of those with ADHD, even if these chaotic behaviors are a function of their disorder.

People with ADHD have tendencies to self-medicate by engaging in activities and behaviors that stimulate dopamine in the brain. These exhausting behaviors are typically not conscious, but are a biologically based need for stimulation.

Picking a fight with a spouse can be one such behavior that stimulates the brain’s frontal lobes, and is a form of self-medication.

Unrelenting conflict, in untreated ADHD, is a major contributing factor leading to the higher than average divorce rates associated with ADHD.

Untreated and unmanaged ADHD puts a major strain on relationships. Confusion, blame, denial, and avoidance abound. Partners and family members cannot make sense of the sometimes confusing behavior that is characteristic of ADHD. In relationships, it can be the invisible enemy, and put a negative spin on communication and conflict resolution.

Low empathy, also characteristic of ADHD, adds to the strain, and if not addressed, will most likely result in its demise. In fact, the divorce rate is much higher in relationships where one partner has the disorder. Interestingly, it is not the ADHD itself that leads to divorce, but the denial itself, that is so common with this condition.

The lack of conflict resolution in ADHD partnerships negatively impacts relationships – particularly intimate ones. Relationships can’t grow and thrive in the face of avoidance, denial, and lack of cooperation, which eventually leads to a lack of connection and communication – both vital components of any thriving partnership. Some with ADHD tend to blurt out hurtful comments without thinking before they speak.

This is a killer for any relationship. Adding insult to injury, apologies are non-existent because the offender does not even remember saying the crass remark. Those with ADHD also have a tendency to spin the situation away from themselves, and blame their neurotypical partner for the problems in the relationship, further leading to emotional whiplash and disconnection.

Those with untreated ADHD can have problems managing money effectively. Impulsivity contributes to these difficulties. It is said that there are two types of time in the minds of those with ADHD – “now” and “not now.” This black and white thinking, with lack of perspective wreaks havoc on relationships.

Both of the following books discuss the differences in brain structure in those with ADHD:

Russell Barkley’s “When An Adult You Love Has ADHD“

The ADHD “spin” or “effect” can be mystifying and confusing for those suffering from this disorder, as well as, those on the sidelines. Awareness and cooperation is vital if relationships are to thrive and survive. If these two components are missing, the damage can become irreparable.

Relationships where one partner has ADHD tend to fall into destructive patterns that are more indicative of a parent/child relationship. The neurotypical partner is forced into the role of parent because the person with ADHD has to be constantly reminded to “adult.” Their oppositional mindset, lack of cooperation, along with poor judgment, can erode relationships over time.

This dysfunctional dynamic breeds anger and resentment. Learning new habits is vital to shift these dysfunctional roles. Often, a partner of an ADHD spouse feels ignored or unloved due to their partner’s inability to sustain consistent attention. This perceived neglect leads to resentment, paralyzing the relationship, and hastening its downward trajectory.

Certain tendencies manifest when ADHD is undiagnosed or poorly managed, negatively affecting relationships in a variety of ways. ADHD is stealthy and can suck the life out of any relationship leaving both partners languishing in a web of chaos and confusion that is impossible to make sense of.

It’s important to not underestimate the role of medication in ADHD treatment. Indeed, it is the foundation, and by far the most effective tool available in the treatment of ADHD.

“Stimulant medication is the DW40 of ADHD” says Russell Barkley. Just as eyeglasses can remedy a vision problem, medication, while not a cure, can mitigate the symptoms of ADHD.

They can normalize behavior in up to 50-65 percent of those affected with ADHD. Substantial improvements can be seen, and sometimes even normalized, in another 20-30 percent. Finding the right medication at the right dose is key as significant symptomatic improvement can be seen with proper treatment.

ADHD stimulant medications have been extensively researched, and used for more than five decades with no long-term negative side effects. They are extremely effective in the treatment of ADHD. Below is a brief overview of available medications.

ADHD medication involves trial and error to determine which class of medications work best as every person’s neurochemistry is different. Adderall is not a good first choice, as it is outdated, and can ratchet up symptoms such as anxiety, irritability, and insomnia.

Medication should be given for a duration of 12-16 hours during the day to normalize brain chemistry, and provide a therapeutic. It can increase focus and concentration, better social interactions, less restlessness and impulsivity, and better working memory – in short, increased executive functioning skills!

Optimizing nutrition is important for everyone, but especially those with ADHD and other neurocognitive disorders. I use Dr. Teitlebaum’s Energy Revitalization System. It supports healthy brain function, and is a nutritional powerhouse. 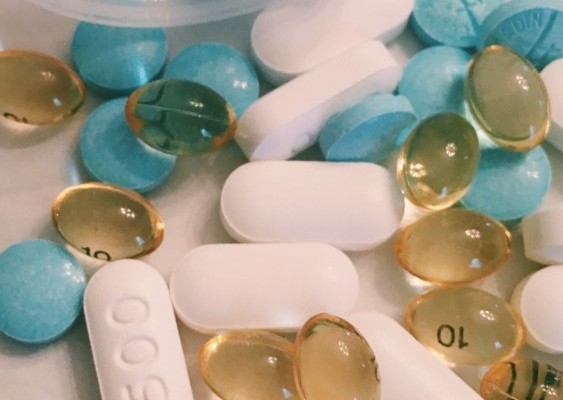 Self-esteem is one of the unfortunate casualties in those with untreated ADHD. People with this disorder often feel stupid and incompetent, when, in fact, they are not.

In order to  retain a sense of personal value and dignity, seek early diagnosis – since feelings of hopelessness and discouragement are common in this disorder.  Compassion and understanding are also essential components.

Please educate yourself about this disorder if you suspect you or someone you love is immersed in an ADHD fog.  ADHD is a complex condition that is hard to unravel.

It can make you, your partner, and your family feel like you’re on a continual roller coaster ride. Executive function deficits can mask talents, obscure good qualities, and even thwart potential. The right medication, however, can improve the brain’s management system making for a smoother ride. Life is harder than normal for those with ADHD. It doesn’t have to be…

What are your experiences with ADHD. Let me know in the comments:)

(4) Russellbarkley.org: The Important Role of Executive Functioning and Self-Regulation in ADHD©

(7) ADDitude: ADHD in Adults: Your Guide to Symptoms, Diagnosis and Treatment

(8) Centers for Disease Control and Prevention: Symptoms and Diagnosis of ADHD

(10) WebMD: ADHD Medications and Side Effects

6 thoughts on “What Are The Characteristics Of ADHD In Adults?”