Are high ammonia levels making your brain tired?  Excess ammonia, or hyperammonemia, can be the cause of neurological and metabolic disorders.  Why do these levels rise and what can you do about it?

Ammonia is a colorless gas with a characteristic pungent odor. It is a compound of nitrogen and hydrogen. High-ammonia levels form from protein breakdown via intestinal bacteria. It is then converted into urea, and eliminated through the urine.

Problems happen when levels of ammonia rise due to the liver’s inability to convert it to urea. Possible reasons and solutions are the subject of this article.

What Causes High Ammonia Levels In The Blood

Ammonia build-up can result due to a variety of reasons. Liver damage, which includes both cirrhosis and hepatitis, are two likely culprits, as well as, genetic SNPs. Heredity, toxicity due to viruses and chemicals, and poor food and lifestyle choices, such as drug and alcohol abuse, all play a part.

Elevated levels of ammonia decrease the production of cellular energy production or ATP. This results in numerous symptoms of ammonia accumulation. One may suspect elevated ammonia if any of these symptoms are present:

Cirrhosis- or scarring of the liver – is a complication of liver disease. It leads to abnormalities in liver structure and function.  Liver cells become injured, and can even die. Scar tissue then forms. This scarring is irreversible. 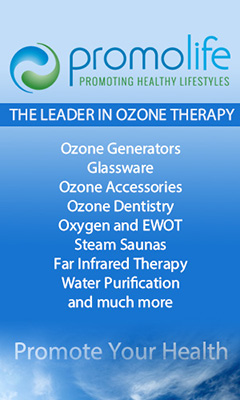 There can be many causes of cirrhosis. Unhealthy lifestyle habits,  alcohol consumption, and toxic fats in the diet, all contribute. Viruses and toxic metals play a role.  Autoimmunity – where the body attacks itself – may be a factor, as well.

Symptoms can include fatigue, weakness, easy bruising, due to the decreased production of blood clotting factors, and loss of appetite. Itching and jaundiced skin may also occur.

These symptoms are caused by the buildup of bilirubin in the blood. Bilirubin is formed by the break down of red blood cells. This condition, however, may show no obvious signs of liver disease.

Hepatitis – or inflammation of the liver – is an acute illness that does not progress to chronic liver disease. It could be autoimmune in nature or the result of medications and drugs, toxins, or alcohol. Viruses are responsible for approximately half of all cases of hepatitis. Hepatitis A, B, and C are the most common, although, there are more.  These viruses can cause acute hepatitis, with types B and C being implicated, in the chronic form.

The acute version of this condition includes fatigue and symptoms that are flu-like in nature, as well as dark urine, fever, jaundice, and pain in the upper right part of the abdomen. It can occur, however, with minimal symptoms. Acute viral hepatitis is a common condition throughout the world, and there are vaccines to prevent it.

Typically, people recover within four to eight weeks even without treatment. Rarely does it result in liver failure. Since the symptoms of chronic hepatitis can be mild, diagnosis is often  delayed. This condition does require treatment as it can lead to liver damage, cirrhosis, and even cancer.

We’ve all heard the old adage that what is healthy for one person could be a poison for someone else. This is the case with sulphur. When most people hear this word, they think of detoxification, and the body’s most powerful antioxidant glutathione.

Certain genetic mutations, however, decrease a person’s ability to effectively metabolize and excrete ammonia, which is a byproduct of sulfur metabolism, and is toxic if levels accumulate in the bloodstream. The CBS genetic SNP (single nucleotide polymorphism) is one such mutation.

The CBS gene encodes an enzyme called cystathionine beta-synthase that aids in the conversion of homocysteine to cystathionine. It is part of the transsulfuration pathway in the methylation cycle. A defect in this enzyme can cause upregulation – which means it’s working too fast – causing ammonia levels to rise. 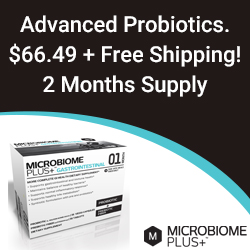 Dietary restrictions should be employed to stabilize this enzyme if upregulated. Foods containing sulfur should be limited – these include onions, garlic, cruciferous vegetables, and protein-rich dairy.

Methylation precursors, such as, B12, folate, alpha lipoic acid, chlorella and spirulina should also be taken with caution.Drinking tap water is problematic as chloramine (chlorine and ammonia) is added as a sterilizing agent.

Water filters are not effective in removing this chemical resulting in many people ingesting ammonia on a daily basis. For a person with a genetic susceptibility, this can have dire consequences. Genetics and the methylation cycle are hot topics today, and I will be writing more about the CBS mutation in future posts.

If you would like to learn more about CBS,  you can view the video below.

A blood sample is taken to assess liver function, and ammonia levels. Ammonia is a nitrogen waste compound normally eliminated through the urine. Elevations can indicate possible liver and kidney dysfunction. These high levels can be potentially  poisonous, and make you feel terrible! If left untreated excess levels can result in delirium, confusion, and even seizures.

Elevated blood ammonia can affect a person at any age, and happens for a variety of reasons, and is no respecter of age or gender. It is fairly common in infants, in whom the disease can be related to a genetic condition call Reye’s Syndrome.

Symptoms of elevated ammonia can be uncomfortable. The brain is especially susceptible to damage, and is not effective in buffering ammonia, which is inflammatory. It is also toxic to brain cells. Fortunately, there are natural therapies that help to reduce ammonia levels.

Magnesium, the miracle mineral, is critical for at least 800 metabolic processes in the body. It’s a champ when it comes to ammonia toxicity as it helps to remove ammonia from the cells. It also stabilizes the blood brain barrier.

Molydenum, manganese, carnitine, zinc and yucca are all helpful supplements.

Chlorophyll is a blood cleanser and is effective at neutralizing toxins such as ammonia. It is inexpensive, is a natural deodorizer, and has many other health benefits as well. Liver detoxification is also beneficial because less-than-optimal function leads to disturbed detoxification.

Get your ammonia levels tested here

Ammonia toxicity is an interesting subject. It is also one that isn’t discussed frequently. It is important to be aware of the symptoms especially for those of us with genetic susceptibility. Awareness, along with changes in lifestyle and supplementation, can be instrumental in addressing this potentially dangerous condition.

Do you or someone you know suffer from elevated ammonia levels. Let me know in the comments:)

(1) NCBI: Ammonia metabolism in exercise and fatigue: a review

(2) Ammonia metabolism, the brain and fatigue; revisiting the link

(6) NCBI: Identifying the direct effects of ammonia on the brain

4 thoughts on “Are High Ammonia Levels Making Your Brain Tired?”