Lyme disease progresses in 3 stages, with symptoms ranging from mild to debilitating, if left untreated. Knowing the symptoms and getting an early diagnosis is critical. What are the 3 stages of Lyme disease?

What Is Lyme Disease?

Lyme disease is the most common vector-borne disease, and is caused by the borrellia burgdorfei bacterium, or spirochete. Spirochetes are shaped like a corkscrew, enabling them to burrow into tissues where they can remain undetected by the immune system. The disease was first identified in 1975 in Lyme, Connecticut, hence its name. Two years later, the deer tick who becomes infected while feeding on mice or deer, was implicated in the transmission of the disease. Tick bites become infectious if a tick is not removed within 12-24 hours, allowing them to feed. 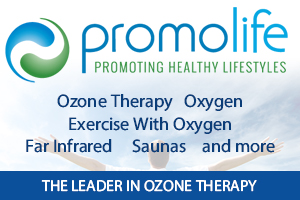 It’s possible that ticks aren’t the only insects that transmit the disease. It may be that mosquitos, mites, fleas, and even flies are carriers, as well. Sadly, evidence shows that the infection can be transmitted during sex, pregnancy, and possibly breastfeeding. Lyme is often called the great imitator because it can mimic other diseases, with symptoms appearing, disappearing, and reappearing. It is notoriously difficult to treat.

Spirochetes behave similarly to viruses, in that they can be intracellular, and can take on different morphologies, including the cystic form that can persist similarly to the bacteria that causes syphilis. Cystic forms of the disease can be treatment-resistant. One reason Lyme is so hard to treat is that spirochetes encase themselves in biofilms, mucus-type encasements, that prevent antibiotics from reaching them.

The 3 Stages Of Lyme Disease

Also, referred to as localized Lyme disease, this stage can last from one to four weeks, with symptoms manifesting anywhere from 3 to 30 days after getting bit by an infected tick. The hallmark sign of this stage is a bull’s-eye rash, which is an allergic reaction to the tick’s saliva. Rashes can gradually expand up to 12 inches in diameter, and may be warm to the touch, but typically aren’t painful.

However, many people don’t get a rash after being infected. The ones who do get a rash are fortunate because it confirms the presence of the disease. The earlier the disease can be identified and treated, the better. Some people are asymptomatic in this stage. For those who are symptomatic, symptoms include:

Second-stage Lyme, or disseminated Lyme disease, begins weeks or months following infection, with symptoms of stage 1 and stage 2 potentially overlapping. In stage 2, the bacteria spreads and multiplies throughout the body, resulting in worsening symptoms. Borrelia burgdorferi is unique in that it can penetrate the blood-brain barrier, infecting the central nervous system and causing inflammation.

This can lead to the extreme fatigue that a high percentage of people with Lyme experience. Neurocognitive problems, like memory loss, an inability to concentrate, and lack of coordination can begin to manifest in this stage. Brain inflammation can cause intense migraine-type headaches that are accompanied by extreme sensitivity to light or noise. If the disease remains untreated, the worsening infection can lead to behavioral changes. Other symptoms include:

Late-stage Lyme disease can occur months, or sometimes years after infection, if not treated. Symptoms can be life-threatening and severe. As the bacterium spreads it affects the heart, brain, nervous system, and muscular-skeletal system, including substantial joint damage. In fact, Lyme was originally called Lyme arthritis, due to its effects on joints.

Flu-like symptoms are the result of the immune system trying to fight the infection. These symptoms differ from garden variety flu symptoms in that congestion and coughing aren’t part of the picture. The longer the disease progress without intervention, the harder it becomes to treat. As the infection becomes chronic, antibody production is suppressed due to stress on the immune system, making it more difficult to diagnose. Other symptoms include:

Receiving a Lyme diagnosis is not a simple matter, which is unfortunate, because if diagnosed early and treated, the bacterium can be eradicated. Ticks are small, and people often have no idea they’ve been bitten. Many people chalk their joint pain and muscle aches to other more common conditions. To complicate matters, borrellia runs in a pack with other coinfections like babesia, a malaria-type parasite, and bartonella, a gram-negative bacterium.

Physical exams, health histories, and blood tests are used to diagnosis the disease. Spirochetes can be seen on live blood analysis using dark field microscopy. Blood tests are the most accurate in the early stages of the disease when antibodies can still be detected. False negatives can occur up to 1/3rd of the time. The disease is conventionally treated with antibiotics, namely doxycycline, amoxicillin, and cefuroxime.

Antibiotics that work intracellularly are also used. Sadly, symptoms such as joint pain, may not completely resolve after treatment. Blood tests that are used to diagnose Lyme include the ELISA assay, which detects antibodies against the borrellia bacterium, the Western blot that identifies antibodies against borrellia proteins, and polymerase chain reaction (PCR), which evaluates spinal and joint fluid. The latter is used for people who present with Lyme arthritis and neurological symptoms.

True Health Labs offers a variety of tests you can order online without a doctor’s order:

Lyme can also be treated alternatively, in conjunction with conventional treatments, or alone. A number of healing modalities are used simultaneously, and many of them can be done at home including:

[Read More: How To Make Liposomal Vitamin C In Your Own Kitchen]

The saying “An ounce of prevention is worth a pound of cure” is particularly relevant in the case of Lyme disease, which is difficult to diagnose, due to the ability of spirochetes to evade the immune system.

Protect yourself by wearing long sleeves and pants when hiking or walking in grassy areas, perform frequent tick checks on your entire body, as well as on any pets you have, and get any suspicious symptoms checked immediately. Once the acute form of the disease progresses to chronic, it can be hard to treat.

Were you aware that Lyme disease had 3 stages? Let me know in the comments:)

(1) Centers for Disease Control and Prevention: Signs and Symptoms of Untreated Lyme Disease

(3) Centers for Disease Control and Prevention: Symptoms of Bartonella henselae

(6) Prevention: 7 Lyme Disease Symptoms That Are Way To Easy Too Ignore