Trigeminal Neuralgia is a painful condition affecting the nerves in the face. It is also called tic douloureux. The human body has 12 pairs of cranial nerves that pass through small holes at the base of the skull. These nerves relay information from the brain to various parts of the body. In this post, I’ll explore the treatment for trigeminal neuralgia.

The trigeminal nerve is the fifth pair (CN V) among the 12 pairs of cranial nerves, and is the largest. Running down each side of the head, this nerve is responsible for facial sensations, and motor functions, such as, biting and chewing. Pain results from disorders in the trigeminal nerve, and can be intense. Sufferers describe the pain as electrifying, sudden, and sharp. These bouts of pain often lead to anxiety because the person is always anticipating the next attack. In this post, I will explore the treatment for trigeminal neuralgia.

As its name connotes, the trigeminal nerve is made up of three branches, also referred to as divisions:

1. The ophthalmic nerve – this nerve is purely sensory and involves the eye, upper eyelid and forehead.

2. The maxillary nerve – this nerve is also purely sensory, affecting the lower eyelid, upper lip and gum, cheek, and nostril.

3. The mandibular nerve – this nerve is both sensory and motor, and controls movement in the jaw, lower lip area and gum, and controls chewing.

Typically, disorders of the trigeminal nerve affect only one side of the face, however, this isn’t always the case, and pain is felt on both sides in a condition called bilateral trigeminal neuralgia. The location of the pain depends on which of the three nerves is affected. 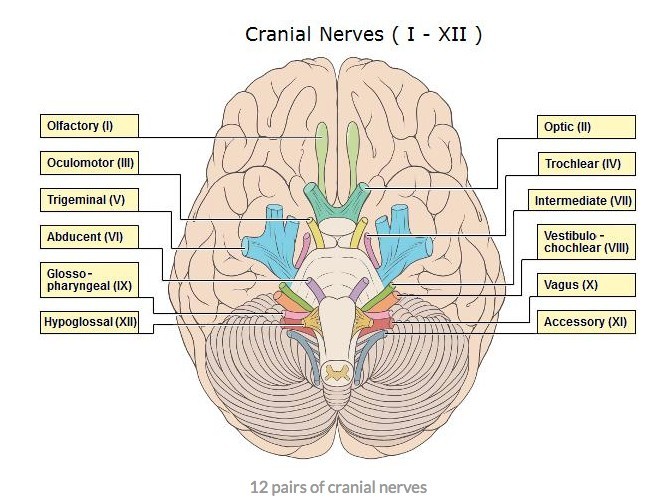 Pain caused by Trigeminal Neuralgia is not your garden-variety type of pain. In fact, this type of facial pain can be so severe that it is actually referred to as The Suicide Disease. Before effective treatments became available, people with this condition would resort to suicide to escape the unrelenting pain. The firing, or short-circuiting, of the nerve is what causes the intense pain. In fact, some patients equate the unbearable pain with that of a screwdriver being rammed into the side of their face.

Due to its severity, the pain from Trigeminal neuralgia must be treated. It’s not something that can be put on the back burner, and dealt with later.

The most common cause for this type of neuralgia is pressure on the trigeminal nerve caused by a neighboring blood vessel. As we age, our arteries elongate creating possible contact nerves. This contact can degrade the myelin sheath surrounding the nerve fibers. This myelin sheath is crucial, in order to, insulate the nerve.

Without this protective coating, the nerve fibers  short circuit causing the pain associated with TN. This is why trigeminal neuralgia is most often seen in people over 50. Interestingly, women are affected more than men with elderly women being at the highest risk. Those suffering from this type of neuralgia, initially, may believe their pain to be associated with dental procedures. Some sufferers will even get root canals and teeth extracted, thinking it to be the cause of their pain.

Dental problems should be ruled out as a likely cause. Neuralgia pain can also resemble the discomfort associated with an abscessed tooth. If you’ve ever experienced an abscess, you know how painful it is. This gives you a glimpse into the severity of the pain in trigeminal neuralgia. More serious causes of TN could be related to myelin sheath damage typical of multiple sclerosis. A tumor pressing on the nerve is a less-likely cause, but one that should be ruled out, as should any kind of facial trauma resulting from an injury, accident, or any surgery involving the mouth or sinuses.

Injury to the trigeminal nerve, itself, should be investigated, as well as in the case of a stroke. An MRI would be a good diagnostic tool in these cases. Viruses that lie dormant in the nerve root are also implicated in TN.

Viruses become active when the adrenal glands become stressed. Address your adrenal health to put the virus back into remission. Another condition that is associated with a dormant virus that has become active is shingles.

Here is one of my favorite adrenal support supplements.

This is a condition that cannot be ignored as the pain can be debilitating. Medical treatments include Tegretol, which can suppress the pain entirely in some people. Like any medication, there are side effects, and higher doses are needed over time to suppress the pain. Lyrica and Dilantin are other prescription options to consider. IV doses of Dilantin are used to treat acute pain, so unrelenting, it must be treated immediately.

The downside to prescription meds is they may stop working over time, resulting in higher and higher doses, and more and more side effects, including memory impairments, dizziness, and an unsteady gait. At this point other alternatives should be considered.

A micro neuro-surgical procedure called microvascular decompression (MVD) is one such option that has proven helpful in many cases of TN. A small opening in the skull is made to determine which artery is pressing on the trigeminal nerve.

The pressure on the nerve is relieved by moving the blood vessel aside, and placing a pad to ensure no further compression occurs in the future.

The affected nerve can then heal, and the myelin sheath regenerate. The majority of patients obtain complete relief after surgery, however pain often returns in a percentage of people.

Gamma Knife Treatment is a form of focused radiation therapy that uses a laser beam to target and radiate the trigeminal nerve. The now-injured nerve has diminished sensation. Radiation to the nerve stimulates a healing process, restoring the insulation on the nerve fibers over time. Pain relief is not immediate, and may take a few weeks to notice a difference. This is a non-invasive treatment method that can be done on an out-patient basis.

The numbness created by this procedure, while providing welcome relief from the pain, may lead to permanent numbness.  Unfortunately, pain often returns in up to half of patients after a few years.  Procedures are also available where needles are inserted into the face to heat or compress the nerve using a micro-balloon. While these techniques don’t carry the risk associated with surgery, recurrence of pain is quite high.

Check out this book: “Acupuncture and Moxibustion for Primary Trigeminal Neuralgia”

Alternative treatments like homeopathy, acupuncture, and meditation may prove helpful in conjunction with medical treatments. Trigger-point therapy is worth trying. Also called pressure-point therapy, pressure is applied to the side of the face not affected by pain. Often, a measure of relief can be obtained by massaging the nerve branch on the opposite side of the affected area. Do this technique immediately at the first sign of pain or discomfort.

If you are experiencing sudden, intense and debilitating pain on one side of your face that is concentrated in your cheek or jaw area, visit your doctor to determine if you have trigeminal neuralgia, and to consider treatment options.

Have you experienced the pain of trigeminal neuralgia? Let me know in the comments:)

8 thoughts on “Treatment For Trigeminal Neuralgia”